I’ve visited Italy many times, but have never stayed in a place so isolated. The house in Cireglio in the Province of Pistoia, is a tower which was occupied by the Nazis during the war because it has views that gone on forever. I can see Florence and countless other hilltowns, villages and towns. Last year I painted a large oil of Italy because I missed it so desperately and it immediately sold! I think Italy effects people in ways other countries don’t.

The first thing is the art. I don’t mean just the art in museums or churches, its everywhere. Everyone must’ve been an artist in the Middle Ages.

The thing that strikes me most this time is the topography. Our place, which was occupied by the Germans as a lookout post during WW2 because of its views, is high in the Apennines Mountains. The house is “swallowed” in the massive greenery because we’re in the middle of a forest. The only sound are church bells from the numberless churches and you hear them bouncing off the mountains. It’s fantastic.

I recently painting what I think is one of my best.   The tranquil, bucolic and nurturing environment inspires me.

If you haven’t been to Italy, you owe it to yourself – it will change you and stay with you always. 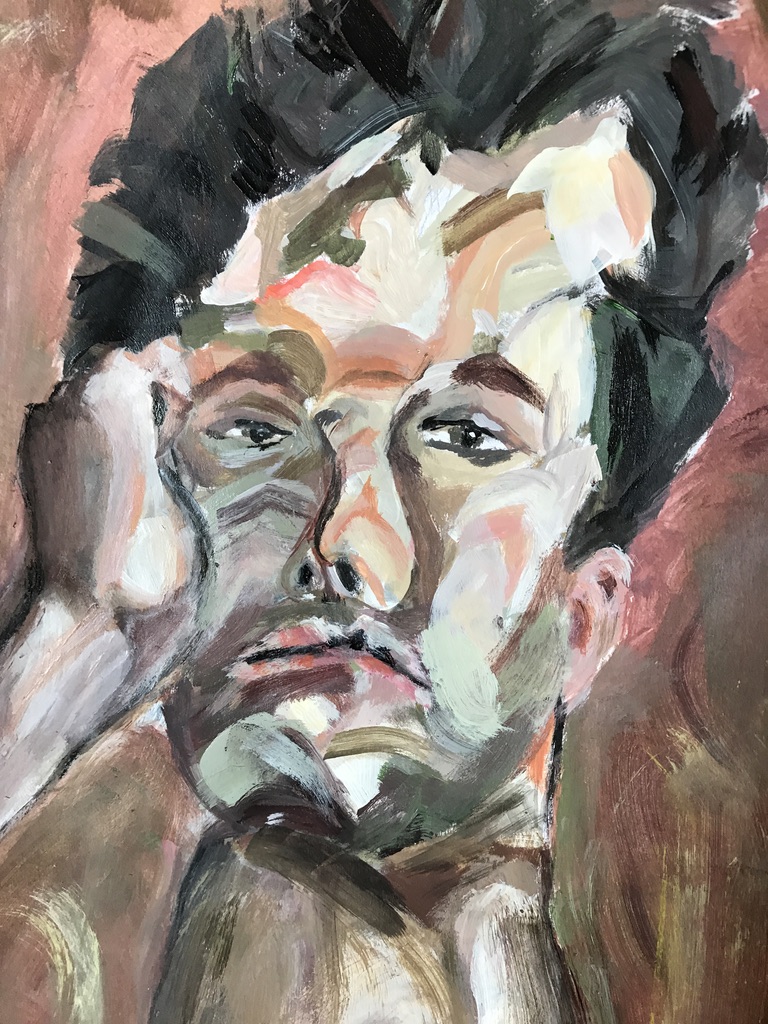